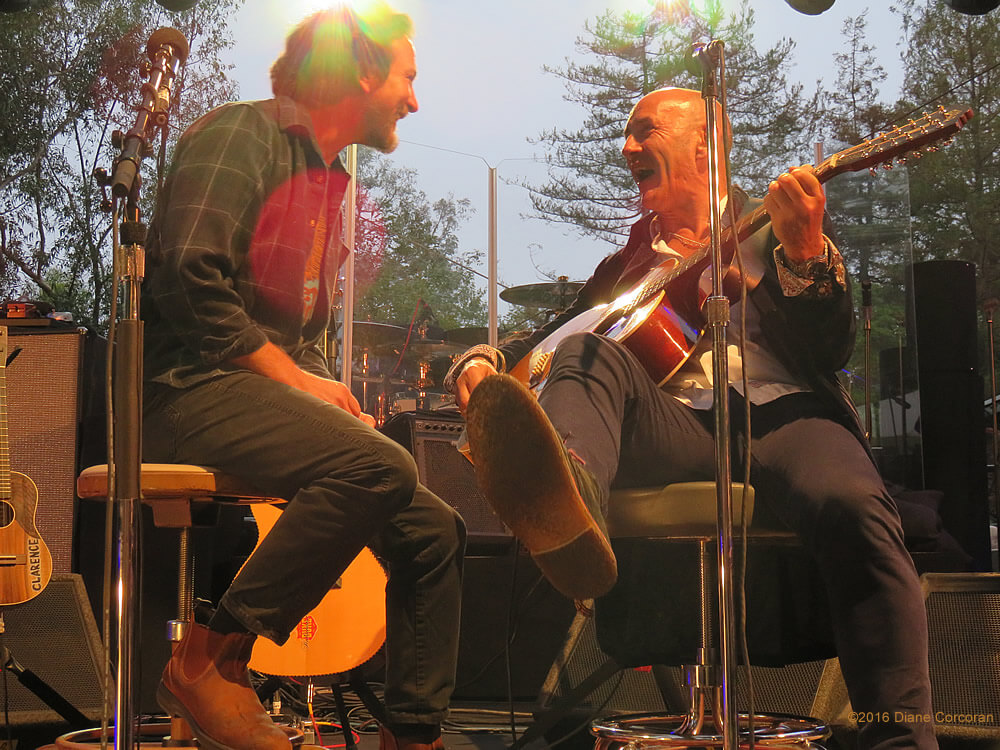 A private event was held at the Pacific Palisades residence of Christine & Jordan Kaplan to help raise awareness and funds for Autism and Teen Cancer. About 600+ attendees witnessed sets from Joan Jett, Eddie Vedder & The Who, special guests David Spade (who did a stand up routine) & Howie Mandel (who hosted the live auction). Money was raised through tickets sales, sponsorship levels and an auction featuring a wide variety of one-of-a-kind memorabilia. The event successfully raised over $3.2 million!

Eddie Vedder’s acoustic set included inviting Simon up on stage to join him on “I’m The Answer”.

Luckily Diane Corcoran was upfront and center and able to capture a number of great shots of Simon with Eddie and then later with The Who – Thanks Diane!! 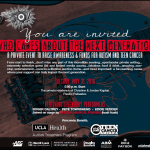 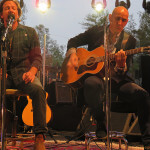 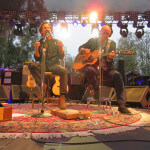 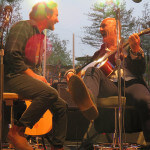 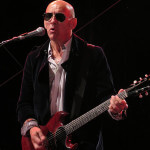 You can read more about the event over on The Who’s Backstage Blog and on Carrie Pratt’s PeteTownshend.net page