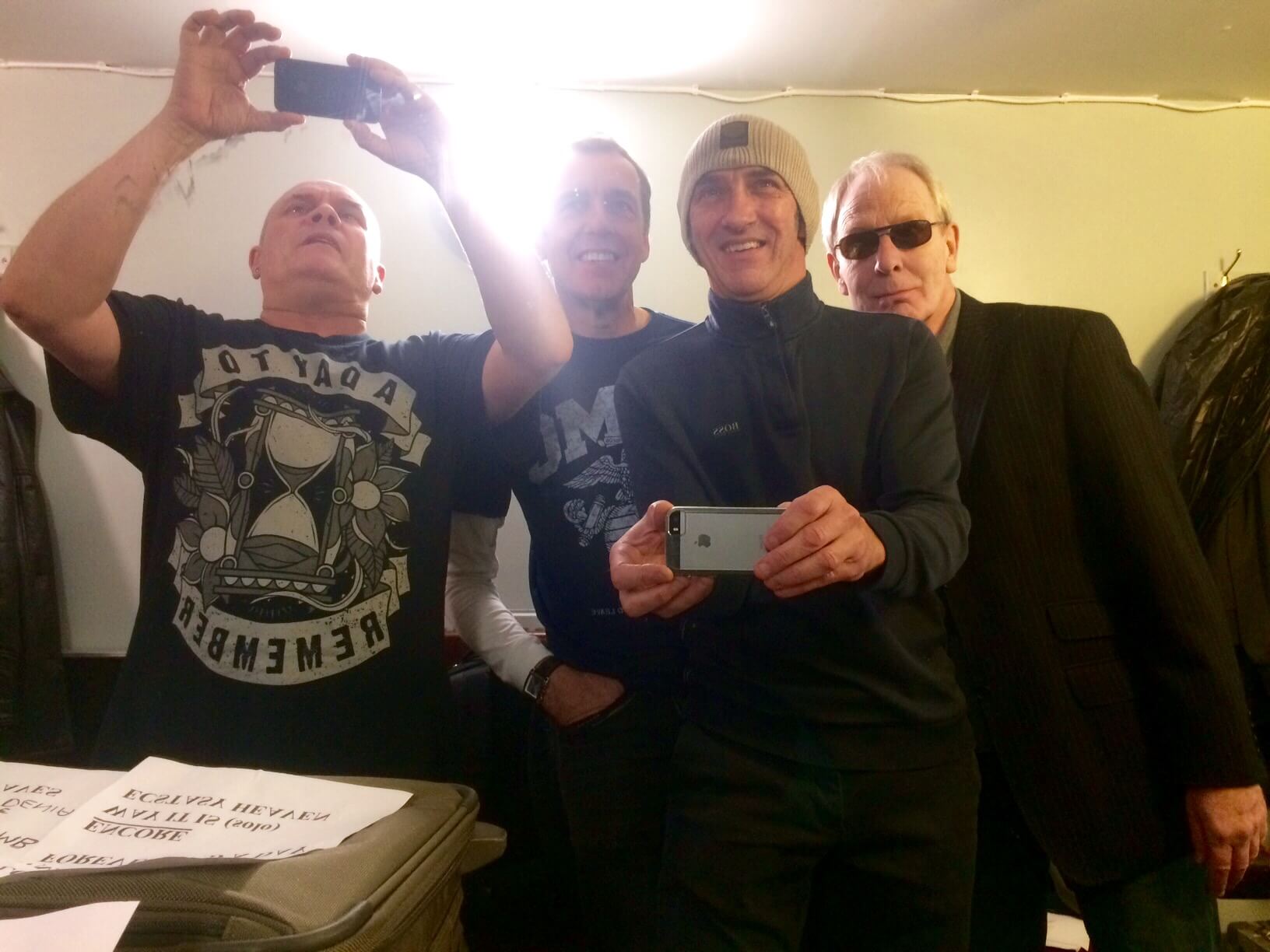 I hope everyone enjoyed themselves as much as I did at The Half Moon, Independent Venue Week gig last night. It was a big success for all involved. During the show we had a couple of minor technical glitches and the stage / venue itself is very loud (I had a lunatic in front of me, too but that’s another story) so I struggled to hear myself at times – apart from that it was a great success to a sold out crowd. The band were amazing, so tight and powerful. Shifted a ton of CD samplers, too – can’t wait for some online feedback on that. For those who missed the band gig, don’t panic, we’ll be doing more shows later in the year.

Having said all that, I still want to play solo acoustic – One Man and His Guitar will still be rolling along, in fact we’ll be announcing more US shows shortly….. In the meantime, I’ve got a little gig with a little known band I play for now and again coming up soon…. I doubt you’d have heard of them.