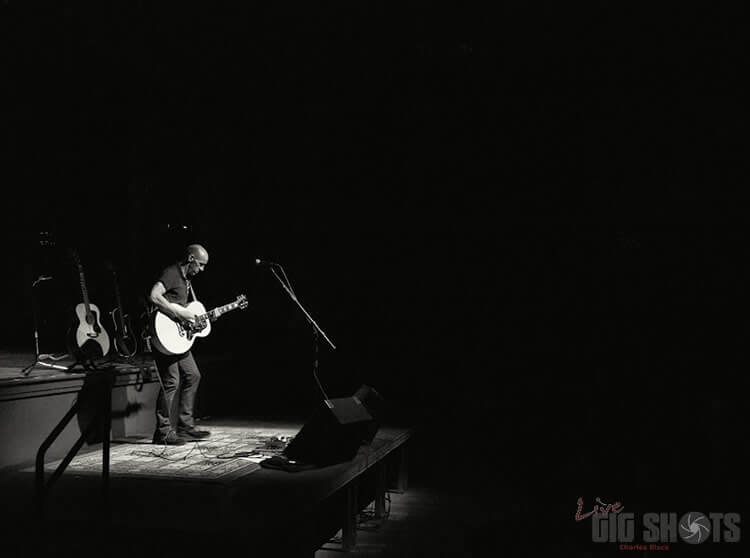 “Simon rips it up on guitar. He attacked his instrument with a passion that is almost animal-like in ferocity. Yet what came forth was a cascade of arpeggios, melodious licks and chords that create the aural impression that I was hearing more than just one man and an acoustic guitar. He goes at his playing with such intensity that he was constantly losing or breaking picks (but not any strings!). He started out the concert with eight picks on his mic stand. He went through them at a pace that left me wondering whether he would run out of picks before running out of songs. He had one pick left when he finished his encore.”

“His guitar playing is a perfect balance to his songwriting ability, as his tunes offer a combination of simple, catchy melodies with chord progressions that are for the most part straightforward, yet mixed in with some surprising twists and turns. Underneath it all you can tell he has a rocker’s heart, with honesty of lyric and the music being of the utmost importance.”

Check out the entire article and some great pics 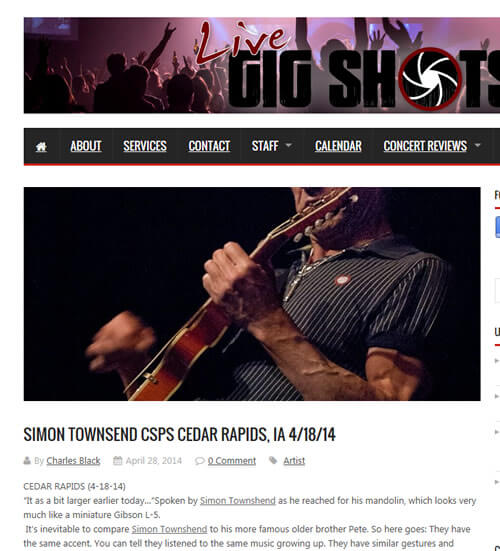